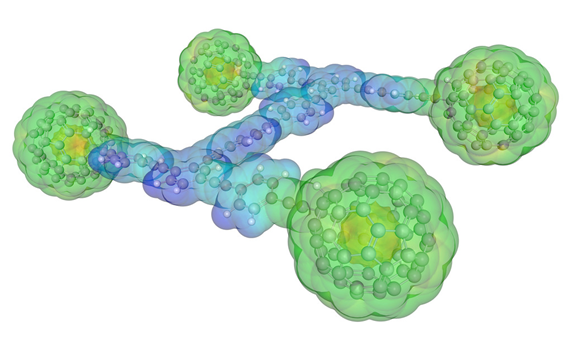 When we defied the barrier of gravity and reached space, that was known as the “Space Frontier.” Since Richard Feynman’s famous speech in 1959, where he stated, “There’s plenty of room at the bottom,” the race into the Nano-frontier began. The book The Coming Era of Nanotechnology written in 1986 by Eric Drexler set up the basis for decades to come. Now about 30 years after, scientists are on the verge of breaking through and opening the world a little wider but on a tiny scale. This new Nano scale technology is the “New Frontier.”

So what is Nano technology? Nano technology is a budding field that utilizes molecules to create machines, known as molecular machines. that are generally between the size of 1 to 100 nano meters long, tall or wide. To put this into perspective, a piece of paper is 100,000 nano meters thick. This means that it takes up to one hundred thousand of these machines stacked up on top of each other to equal the thickness of width of that piece of paper.

The importance of this field is obvious and has certainly been recognized in recent years both by world-class scientists and the Swedish Academy, which awards the honorary Nobel Prize. The 2016 Nobel prize in chemistry was awarded to Jean-Pierre Sauvage, Sir J. Fraser Stoddart, and Bernard L. Feringa jointly for research on molecular machines. This research is said to make the basics of molecular machines in the future because they showed the world how to connect our understanding of molecules to create engines, conductors, axles, rotors, and much more.

There is currently research going on in several universities and institutions around the world that is trying to learn how to utilize these machines. For example, they are making remote controlled Nano-rockets, Nano “carrying packages” that bring necessary drugs and antibiotics to parts of the body that we can’t. They are making Nano cars factories, and even malignant cell removers to fight cancer.  The more research goes into this field, the more it becomes conspicuous that this is where the future lies. But how are these complex machines being created by a few molecules in a lab?

These machines are formed by synthetically created bonds that are heavily controlled by the chemist who is making them. However, this is a lot more difficult that it sounds. Molecules are constantly moving and it is very tough to control what it will react with, where it will move, and how it will bond with the other parts of the machine. A few chemists have grown extremely creative in the last few decades on creating various structures that could come together into the astounding creations mentioned above (see video below).

These same scientists also figured out how to control these machines by using certain switches turned on and off by certain changes in the environment. These changes include triggering a reaction, or interlocking two molecules together to make one that could control the other. One type of engine that has already been created by a team at Rice University in 2006 used carbon molecule’s that rotate when exposed to specific frequencies of light. An application of this that has already been implemented and is shown in the video linked below is the Nano-car, which, when I first saw it, seemed like I was looking at the first step into the future. I believe this is how people felt when they saw the Wright brothers fly into the air or when man first laid foot on the moon.
Don’t worry if this is still very confusing, as the field is just getting up and running. The more research that goes into it, the clearer everything will become. But why does any of this matter? Why are people dedicating their lives to the research of going small?

The possibilities that were created by the research of these 3 scientists and their innovative way to make Nano engines and machines were revolutionary. By using these machines, we could create anything at a smaller scale that ever before. The applications are endless. In the next 10 years, scientists predicted, Nano factories will have been created to create many machines for everyday use. The future is small and it’s coming a lot faster that it may seem. This is the new frontier.

Check this article out to learn more about the science behind how these machines run:

These links lead to videos about the Nobel Prize this year and a brief explanation of the science behind Nano machines with examples including the ones I talked about like the Nano Car and the antibiotic carrying rockets. I would highly recommend watching both:

https://youtu.be/loaqIqKCmog- The World’s Smallest Robots: Rise of the Nano Machines

‹ Spotlight on Athletes: Aino Alkio
OHS on the Recent Election ›