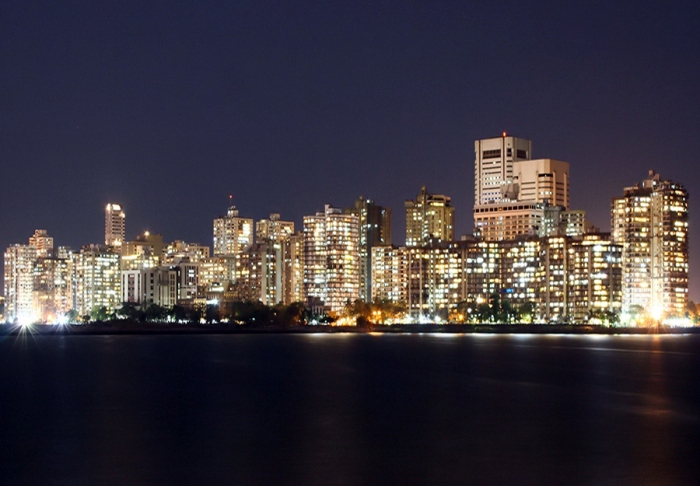 At first glance, Mumbai can best be described as an untethered dragon of chaos clawing out of its chains. However, delving into the city’s primary facet, it is this very dragon that subsides into an unruffled mascot of exuberant culture. Much as these facets are abundant, they craft a striking juxtaposition. For it is a city where ancient scriptures embellish the walls behind contemporary art installations, where a Rolls Royce noiselessly glides by a Vespa and where Dom Pérignon is served with pani puri (arguably the best street food in all of Bombay). A culmination of extravagance and simplicity, antiquity and modernity, Mumbai epitomizes the pulse that keeps India alive.

The city that redefines celebration, Mumbai erupts with festivity. Yet, what is most intriguing is the degree with which Mumbai celebrates. Every year, for close to two weeks surrounding Diwali – the festival of lights- the city roars with joy and ecstasy. Whether this is with the thousands of lights layering the Gateway of India, a string of lanterns hanging off the bus stop or a single lamp in the tarpaulin houses at Dhararvi. Regardless of religion, beliefs or social class, for this short time, once a year, all of Mumbai gathers together to set apart their differences and instead celebrate the victory of light over dark. For a city that shines brighter than the stars of the galaxy, this seems more than fitting. And as much as it breeds the chaotic dragon, Diwali in Mumbai symbolizes a peak of culture. With people dancing on the streets, fireworks painting the black sky and rangolis adorning the streets, it is a day where chaos clashes with celebration.

It is further in this juxtapositional niche that Mumbai’s art weaves into its culture. Take the Victoria Terminus, for example. Built over a century ago under the British Raj, this historically crucial train station, basks in the grandeur of imperialist and Indian architecture. With intricate cravings and painstakingly sculpted pillars, it elucidates the sheer aesthetic brilliance that dominates Mumbai’s artistic panorama. A souvenir from Bombay, it brandishes an adverse past in light of a progressive present. However, what truly glorifies the Victoria Terminus is its significance in contrast to Mumbai’s nascent contemporary art scenario. A mere three-kilometer trip from the Victoria Terminus on an odd February afternoon and it is this contrast that unravels itself in an undeniable splendor. For it is at the end of this three-kilometer trip where the Kala Godha festival begins. Literally translated to black horse, the Kala Godha festival is a commemoration to art that parades the modernity and simplicity with which aesthetics are approached. Home to magnanimous sculptures critiquing human folly and minimalistic canvases exalting ordinary objects, the festival boasts a contradiction not only within itself but also in juxtapose to Mumbai’s otherwise historical art.

It is through these strenuous dualities and unceasing contradictions that Mumbai is not simply a commercial city; it is a dynamic, multi-faceted home to the untethered dragon of chaos.