The second half of the MLB post season kicked off with the American League and National League Championship Series (ALCS & NLCS). Both series consist of a best of seven games. 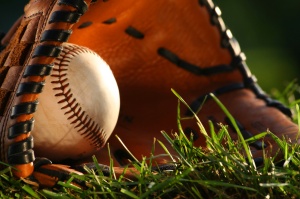 The ALCS featured two of the most prestigious teams in the league, the Kansas City Royals and the Baltimore Orioles. The Royals, trying to make the World Series for the first time since 1985, were hoping to beat the dominant Orioles, who won arguably the most difficult division in the league. However, the Royals kept there undefeated postseason alive by winning four straight games against the Orioles and sending them back home.

At the same time, the San Francisco Giants and the St. Louis Cardinals played in the NLCS. Both teams had won at least one World Series in the past five years and each had playoff experience. The Giants won two of the last five World Series (2012 & 2010) and were hoping to come across their third title. Likewise, the Cardinals won the 2011 World Series in dramatic style and hoped to win another championship in the same way. However, the Giants stripped their chances of that, winning the series in five games and advanced to the World Series to play the Royals.

The first World Series game was played on October 21 in Kansas City. Both teams had the best pitchers on the mound to start. The Giants starting pitcher, Madison Bumgardner, had an average World Series ERA (Earned Run Average) of less than 1. To put that in perspective, the average major league pitcher has about a 4-7 ERA. This shows you how good a pitcher Madison Bumgardner is!

The Giants took game one in blowout winning 7-1, while Bumgardner kept up with his statistics. However, the next day the Royals took game two in another blowout, winning 7-2. They would play games three through five in San Francisco before coming back to finish the series in Kansas City.

Game three, in San Francisco, was the first close game of the series. However the Royals came out on top, winning 3-2 and took the lead in the series 2-1. But the Giants came right back in game four, winning yet another blowout 11-4. The fans in San Francisco were the loudest they had been all year. Finally, to finish in style, the Giants took game five, winning 5-0, with Bumgardner pitching a shutout for the home crowd.

Two days later, baseball was back in Kansas City for game six of the World Series. With the Giants ahead in the series 3-2, the baseball season could come to an end on this day. But the Royals had other plans in mind and were determined extend the series into game seven for their home fans. They won 10-0 in their highest scoring game of the postseason thus far.

Game seven of the World Series: the final match of the year featuring two teams that couldn’t be more evenly matched. One game will decide which of the two teams will be considered world champs. Game seven turned out to be one of the most exciting games of the postseason.

Both teams showing all their determination and effort to win the championship and it all came down to the bottom of the ninth inning. The Royals were down 3-2 with two outs when Alex Gordan, for Kansas City, hit a deep shot to center field. What looked to be the game-tying home run, came up short. The center fielder for the Giants failed to make the diving catch, which forced the left fielder to run over to throw the ball back into the infield. But on an error by the left fielder, the runner Alex Gordon was able to advance to third. With the potential tying run on third, Salvador Perez, one of the best batters on the Royals, came up to hit. But on a 2-2 count, Perez popped out to the third baseman giving the Giants their third World Series title in the past five years.