As I write this, the University of California’s application will be due in a couple months, along with a number of other early applications.

It’s hard to believe that it’s been three years since I submitted my application to Berkeley, UCLA, Davis, and Stanford. But truth be told, I didn’t really know what I was doing, despite all the preparation that I had done. A few moments of elation and a few moments of heartbreak passed before I committed to UC Berkeley in late March. It was one of the original three schools on my list along with Stanford and Reed, and it actually was the closest university to home. (Whoops.) 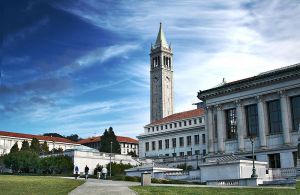 I write this because there is no need for you to read about the same college-app clichés again, like “find your passion,” “you will be evaluated as a person,” etc. And that brings me to my first point: information is everything.

It’s 2013, and pretty much anything you need to know will be online. No longer are you constrained to official channels of information proffered by the school, and there is no need to limit yourself to the page for applicants on a school’s website.

In my opinion, an individual school matters less than a specific program. You may have grand ideas of wanting to go to Yale or Stanford or Berkeley or Reed, but you must quickly find out why exactly you want to apply to these institutions. You may want to minor in Interpretation Theory at Swarthmore, or do research with Prof. Robert Sapolsky of Stanford, or take endocrinology with Prof. Tyrone Hayes of Berkeley. Every school will have a lot of great resources that aren’t showcased on their website for applicants, and incorporating this information into supplemental essays goes a long way. That’s because if you sound like you know where you’re going, then the school will be taking on less “risk” by admitting you, compared to a student who doesn’t appear to know what she wants out of a college experience.

Your mantra, then, should be to dig deeper. For every hour spent writing your application, you should be doing at least six hours of research. Visit the websites of your schools of interest. But instead of looking at the prospective-applicants page, go straight to resources for current students. If you are interested in chemistry, look at the course catalog and figure out what chemistry courses you’re interested in taking. Then dig deeper, looking to see if there are any research positions you want or professors with whom you want to work. Look at the housing website and consider potential dorms to live in. Look into specific athletic programs you might want to participate in, or what specific performance groups you may wish to audition for, or what poetry journals you want to edit. And so on, and so forth.

The point of this exercise is that you will uncover things about the program that you will want to incorporate into your essays. But more than that, you learn things about a college’s program that makes it more or less attractive than that of another college you were considering. For instance, you may learn that, compared to another school you may have been considering, Stanford offers a better program in computer science for the topic you’re interested in. Or, conversely, you may find that that other school has a better program in architecture compared to Stanford’s. This information is not obvious from college rankings, and it will be very helpful in your search.

When I was applying to Berkeley (which didn’t have supplemental essays), I was interested in developmental biology, so I just checked the boxes in front of all the prospective majors that had “development” in the title. Next thing I knew, I was in the BA-granting College of Letters and Sciences studying Cell and Developmental Biology, and minoring in Creative Writing. If I had spent more time on college research, though, I probably would have applied instead into the BS-granting College of Natural Resources, which has easier distribution requirements and a courseload that is more specific to biology, and in which I could still minor in Creative Writing.

Also, listen to your college counselors. I underestimated the importance of the non-academic side of things, such as school size. A larger school can be more like real life in terms of how you make friends and seek contact with professors. They will still be there, but you have to make a concerted effort to seek them out; it won’t come to you as easily as it would at a smaller school. It is still easy to have one-on-one contact with professors, but you have to get over the formidable fear of them first. This fear can be almost nonexistent at a smaller at school since you may interact with instructors daily. On the bright side, a larger school will offer more potential friends, and more professors with whom you might work.

And, finally, a crazy idea. I didn’t do this as I was applying for colleges, but it won’t hurt to write to college admissions offices, asking them about specifics of what you’re interested in and perhaps for more detail on the things you uncovered in your research process. Why? Because if you are proactive enough to actively seek opportunities for yourself, then they want you going to their school. Because these are the students who will graduate into the world and invariably find ways to make it a better place.

Bryan Bach (OHS ’11) is a third-year student at the University of California, Berkeley. Mr. Bach served as the editor-in-chief of the “!” during the 2010-2011 school year.